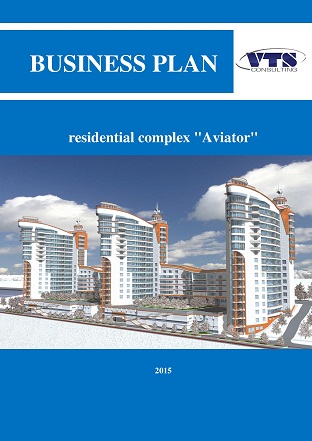 Adaptation of this business plan is possible for similar project in Russian Federation, Ukraine and CIS countries.

The population of the city is the residents of Moscow region who are ready for the qualitative improvement of living conditions (the purchase of housing for the grown-up children, dilapidated fund and so on).

Specifics of the project

The main characteristics of the project objects

Formation of a profitable part of budgets of different levels as a result of the tax deductions payment of project in the amount *** RUB, Including:

Extract from the research

Considering constrained financial opportunities of the target audience, qualitative conditions and affordability of buying new housing will be provided by modern thoughtful planning decisions and by absence of extra space, dark corners, and unused rooms.

The concept assumes focusing on the studio apartments, one-bedroom and two-bedroom apartments which are ideal as a first accommodation for the grown-up children and non-family soldiers. In a smaller proportion two and three-bedroom apartments, comfortable for families with children, will be represented.

Studio is a modern version of the apartment layout can accommodate one person or young family without children, also can be a cost-effective solution to the problem of first or temporary housing. The studio apartment functional areas division is not due to the walls, which take space and is associated with a typical housing, but due to decoration and room design- the alternation of different floor coverings, floor height difference, lighting, color of the walls, mobile baffles, etc. Generally studio apartment is convenient and actual housing for young people with an active lifestyle, which can be easily replanned by building more walls over time.

On the results of 2014, Moscow region has the largest share of commissioned housing - 9.7% of the total in all regions of the Russian Federation together.

The main reorientation factors of the population to buy apartments exactly in new buildings in the Moscow region, as well as in New Moscow, rather than in Moscow are reducing purchasing capacity; high accessibility to the capital from settlements of the region; desire to work in Moscow and live outside the city.

Housing prices are increasing steadily. The average offer price in new buildings in Moscow region in January 2015 was 82.6 thousand RUB/sq. m, which is 3.1% more than in November 2014.

Most building companies determine the situation in the industry as satisfactory.

Prices on the secondary real estate market vary greatly in different cities, even if they are the same distance from the capital. According to existing advertisement, the average price of housing on the secondary market in assumed district is about    62 760 RUB/sq.m.