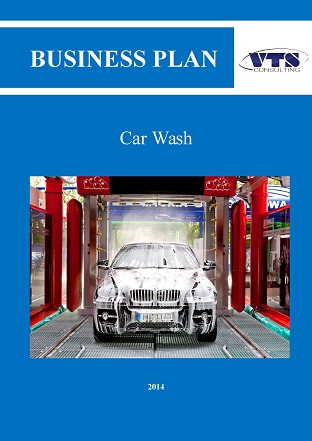 The creation of car wash of manual type in *** Administrative District (*AD) in Moscow, the services of which will be high-quality, available and demanded by consumers.

*AD is the largest by the amount of population number in Moscow and the second by the total area and density of population. Subsequently it leaded to the fact that indicators of congestions by cars and the number of car owners in this district are the highest in Moscow. Due to the increasing of cars amount in Moscow the average growth rate of capital car washout is about **%. The share of capital market is **% of Russian market by the amount of car washes and **% by amount of car wash posts. The car of manual type composes the largest part (**%) of the market.

In the market of car wash services of *AD about *** of  car washes are represented which combines the providing of basic services with additional like cleaning and chemical cleaning of the internal surfaces of cars, car tire fitting, repair, noise insulation. Indirect competitors are the enterprises, which produce or sell the manual car washes for car caring by their owners themselves.

The basic services are manual and contactless car wash, the prices for which vary depending on the car category:

The favorable conditions for opening up the enterprises related on car services were formed on Russian market. Firstly, the level of population provision by means of transportation increases annual and in 2013 it reached *** cars per 1 000 inhabitants of Russian Federation. Secondly, in 2014-2015 the productivity of car market is expected by **% higher than in 2013. The capital is especially attractive for such field of business, because the market potential capacity is estimated at $*** mln. Herewith the market volume reached the level of $*** mln. Thus the market is full in **%. Besides the capital leads by such basic indicators of demand as share of car owners who use the car wash services, the average annual frequency of visiting of car wash, the average check (** RUB).

It is planned that the car wash will propose additional services in cleaning of salon, internal glasses and car baggage compartment as well to be competitive on the market. That’s why except two portals for car wash there is a necessity in third as well, where the cleaning services will be provided. Exactly two posts for providing of car wash services is the most widespread variant of car wash opening up in Moscow.

Also it is important to mention the seasonality of this business, because the highest demand – about **% of total possibility – is characterized for so-called «transitional» seasons – autumn and spring, which depend on contaminated roads in these periods. In winter and summer the workload of car wash is expected at the level of **% approximately.

The initial capital investment for car wash of considered type is *** thsd RUB according to the estimations: this sum depend on chosen equipment and level of premises specialization. Monthly budget for marketing is planned in the volume of *** thsd RUB.