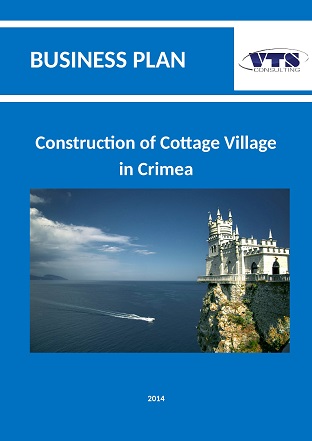 As a result of occurrence of the Crimea Republic to Russian Federation in 2014, Ministry of Regional Development has formed a special working group, which deals with project development of federal target program («Social and Economic Development of Crimea Republic and City of Federal Importance Sevastopol till 2020») of Republic territory development. So, according to the information of Ministry, the development of federal target program follows the path of formation activities and facilities: during the next four years a sum of 814 billion RUB will be directed for the Crimea Development. According to the calculations, financing of the Crimea will increase by more than 50% in 2014. In the current year Ministry of Regional Development is planning to allocate for program 130, 2 billion RUB over more. In 2015 the volume of funding will consist of 167, 6 billion RUB, in 2016 it will be increased to 176, 4 billion RUB, in 2017 – to 184, 8 billion RUB.

In general the program of the peninsula development will cost 659 billion RUB for four years; 155 billion RUB will be spent additionally for construction of the bridge through Kerch Strait.

Despite all economic and political nuances, after occurrence of peninsula to Russia the cost of land plots in Crimea increased by 50%, in some cases – by 80%.

Experts of real estate market consider that during 2014 the price rise should be about 15-20%, and after the construction of bridge through Kerch Strait the prices should increase by 30% over more.

Today it is relevant to invest in real estate construction more than whenever. That’s why specialists of the «VTSConsulting» company prepared for you a typical Business Plan of cottage village construction in Crimea.

Within the project the construction of cottage village is supposed on a plots of total area *** ha, which is located in the territory of the Crimea Republic, ***. The lot is situated within the protected zone 1 of the Black Sea, outside the secured and sanitary protected zones of enterprises.

According to the project *** of residential blocks will be constructed, existing block will be reconstructed, a café will be built. A medicine center, infrastructure facilities of the appropriate level, beach and walking areas, water park and hydro constructions will also be located on its territory.

In the district, which are chosen for location and construction of cottage village «***», the level of competition corresponds to general level on the south coast: