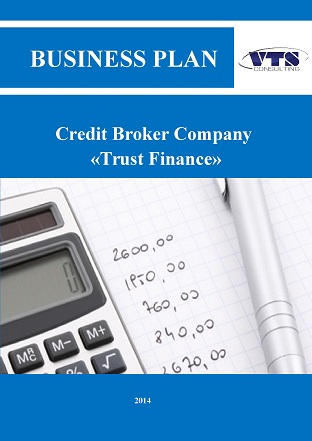 Credit broker is a company, which acts as a personnel representative of the client in financial institutions and helps to make out a bank loan successfully of necessary sum.

Market of credit lending or credit market is a segment of financial market, the largest in modern market economies, because the credit relations exactly are the basic mechanism which provides the moving and development of market economy in general.

Volume of debts of enterprise and organizations to banks in 2013 has increased by 12.7% and showed the same dynamics as in 2012.

The average monthly growth rate of enterprise debt to banks has amounted to *** bln RUB.

It is difficult to determine the development level of brokerage in Russia, because the brokerage services are often provided by other organizations, e. g. realtors, consulting firms.

Credit brokers are considered by many leading banks as the additional perspective sales channel. Herewith some representatives of banking sphere believe that the credit brokers are most demanded for implementation of mass products while the difficult banking products must be implemented by the credit organization directly to the client with usage of individual approach.

A consultant by credit mortgage products gains the payment for his work as a percentage of the transaction value – 0-5.0% of credit sum.

With regard to the volume of credit funds, which are issued by banks of the Russian Federation (RF) in 2013, according to the information of the Central Bank, Russian banks has issued the credits for natural and legal persons in amount of *** RUB, which exceeds by 19% the indicator of 2012. Herewith the overdue debts on all credits has increased for a year by 11.2% up to *** bln RUB.

According to preliminary experts’ estimates, the market will be developing actively the next 5-7 years at least. It will not be enough for banks to have own filial networks for supporting and increasing of such growth rates. Among the alternative sales channels are the credit brokers.  According to the approximate estimates, the market share of brokers in Russia is accounted for 30%. Thus, it is possible to make a conclusion that annual volume of credit brokerage in Russia amounts to *** trln RUB approximately for today. Russia has all chances of approaching if not to American market model, where the broker office is the main «door» to the mortgage system then at least to European variant, where 60-70% of transactions are made through the brokers (thereby the annual market volume will increase in 2-2,5 times  – up to *** trln RUB).