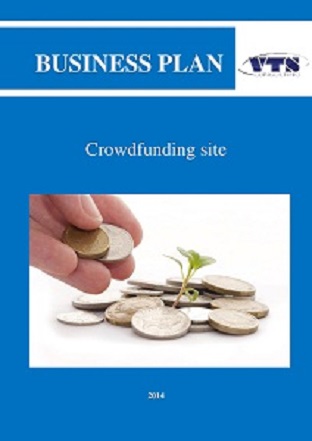 Project idea. The proposed site will be involved in the field of crowdfunding. The crowdfunding is fundraising in the form of small contributions from a large number of people for implementation of some project or idea. But crowdfunding is just one part of the concept. The project also will be implemented in such directions as traveling together to help people in need and building community with likeminded people.

Business Model. About 5% of raising money will be deducted for organizers of fundrising. But it’s free to sign up, to ask for help, and to contribute to help.

Market Analysis. There are four types of segments in crowdfunding market. They are: charity, bonus, equity and debt. Proposed project will belong to charity model. It is important to notice that such type of crowdfunding collects the largest sums of money: 27% of sites are working on charity base and collect 49% of all funds.

There are more than 1 500 crowdfunding platforms in the world. The most of them – 82% – is based in North America, another 10% – in Europe and the rest – in other regions.

The average size of donation is about $75. The total volume of all segments of crowdfunding market is more than $5 bln. with the growth rate of 89% in 2013.

Competitive Environment. The most serious competitors are following:

Other popular crowdfuning sites are characterized by such investment:

The proposed site will have the following particularities:

The «successful» money in such field of business means that the projects have reached their funding goals. The part of charity segment of crowdfunding market is one of the leaders by the percentage of «successful» money: it ammounts about **% and is second only to debt segment (**%).

The competitive advantages of proposed site are the following:

Crowdfunding sites in general are popular among Internet users and that’s why they have high positions in Compete Rank and Alexa Rank. So it is particularly necessary to carry out SEO to increase the number of visitors gradually since the initial stage of project implementation and to become comparable in this way with main players in the market.

The most successful projects are those which have managed to touch people's feelings. That’s why the social media marketing will be especially pertinent. This circumstance commits to create own groups in social networks and make post in thematic publics. The Internet-statistics show that the most of users visit the crowdfunding platforms immediately after the visiting of such sites as facebook.com and twitter.com. Because of it the particular attention must be given to the social networks with the same name.

The one’s more recommend marketing tool is an advertising on YouTube. It is explained by such fact that video ads in You Tube will be available on the computer as well as on the tablet and smartphone, the advertising is super accurate targeted and aimed for thinking audience(55% – from 35 to 65 years, 42% – up to 35 years).