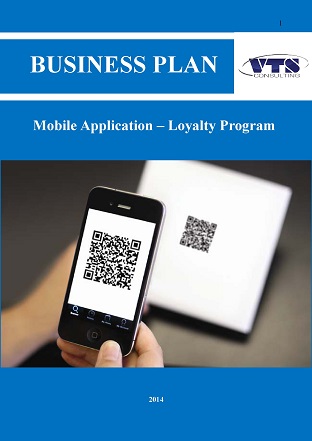 Idea and essence of the project: development of mobile application for Android and iOS, which will become the mobile loyalty system with the working title «ShakeWallet».

Geography of the project: Russia.

Audience of the Project:

Within the project, mobile application for Android and iOS operation systems was developed by the initiator.

Application will be based on the idea of mobile loyalty program with the working title «ShakeWallet», which essentially is a single electronic discount card, but has a branch, which provides the saving of bonus in a course of use with the following exchange the accumulated points for presents/discounts in the respective point of sale.

Due to the «ShakeWallet», the visitors of leisure facilities do not need to keep dozens of discount cards with them, buy coupons or collect stamps: it is enough to install the application to their smartphones, accumulate the points for visiting of facilities, scanning the QR-code, and receive presents in the future.

The main feature of the project will be the gamification of the «ShakeWallet» application: clients visit the facilities, gain points and receive presents.

The principle of service is simple enough –in facilities the special menu-holders with QR-code are placed on the tables. Guests scan QR-code via telephone at each visit. They gain points for each visit and exchange them for presents: drinks and dishes, discounts or «chips» of facilities.

Application uses the geolocation and each QR-code is attached to its facility. Also facilities can send the push-notifications for clients, conduct surveys and use analytics.

It is necessary to register on the official website to begin the cooperation with «ShakeWallet». After that, the company’s manager will contact with a potential project partner, provide the access and equipment for test period. After the free of charge period, facilities choose an appropriate variant among set of paid subscriptions.

Mobile application operates on the iOS and Android platforms; user can download it in App Store and Google Play.

Global smartphone supply has increased by 23.1% in Q2 2014 over the similar period of 2013 and amounted to *** mln devices. This is a record volume in comparison with other quarters, marked by analysts.

An average price for smartphone in Russia has declined to *** thsd RUB (by 14.9% for a year). In terms of market price categories in Q3 2014, the positive dynamics is fixed only in segment of devices of the budget category, which are valued up to 5 thsd RUB. Is July-September, *** mln of such smartphones were sold, which is two times more than in previous year.

As for the Russian market, the positions of Android platform, which is the base for most devices in different price segments, have been strengthened in Q3 2014 – its share in Rubbles has increased to *** bln RUB (growth by 72,4%), in unit – to *** mln devices (growth by 85,5%).

For the period of June 2013 – July 2014, the number of applications in Google Play has increased by 60% and their total revenue – in 2.4 times; Taiwan and Indonesia have closely approached by the revenue to Great Britain[1].

[1] According to the research App Annie, http://app2top.ru/industry/app-annie-za-god-vy-ruchka-google-play-vy-rosla-v-24-raza-42738.html