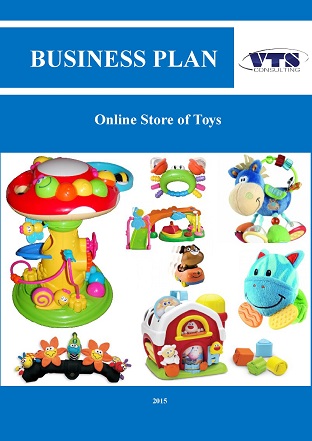 Idea of the project: Within the project, it is planned to open the «IgroShopia» online store of children's toys, which will unite the maximum assortment, affordable pricing (due to the disposal of additional costs for rent of retail space and sales personnel) and also the convenience of payment via various payment systems.

Specifics of the project: Registration of online store requires the purchase of a domain.

Geography of the project:  Moscow and Moscow Region.

Audience of the project: the Russians living on the territory of Moscow and Moscow Region,  predominantly women of childbearing age, i. e. 21-40 years old (the core target audience).

The project audience will include the Russians, who live on the territory of Moscow and Moscow Region,  predominantly women of childbearing age, i. e. 21-40 years old (the core target audience).

Categories of goods in online store:

The turnover of children’s goods market is provided by the constant demand of parents of growing children, who need the update of wardrobe and also the purchase of age-appropriate goods (toys, books and other). The main commodity groups are: toys, clothes, footwear, products for babies, baby food and other children’s goods.

For today, among the largest market players in Russia the chain stores (retail chains) are mostly represented, which are universal and sale all categories of children’s goods: clothes, furniture, food and toys.

In 2013 the Russian Internet users spent on online purchases *** bln RUB, which is 34% more than in 2012. The total number of online stores, which process the orders of consumers, has amounted to *** thsd. According to the forecasts, in 2016 the market of e-commerce will exceed *** RUB.

By the results of 2013, the number of Internet buyers in Russia has amounted to     *** mln people, which is 40% more than in previous year. Nevertheless, the share of product segment of e-commerce in the retail turnover remains insignificant and, according to the expert forecasts, will amount to 2.7% in 2014.