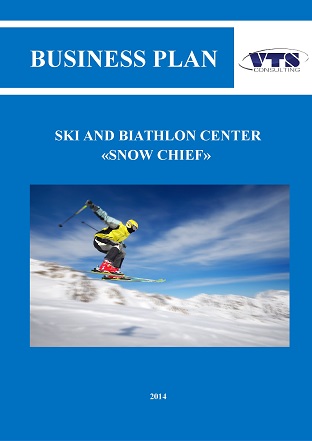 Construction of a tourist competitive center of ski racing and biathlon.

Ski and biathlon center «Snow Chief» will be a training facility for sportsmen of all Russian regions, will allow to successfully prepare the sports reserve, will give the opportunity to carry out the competitions of the Russian Championship, the Continental Cup, the World Cup and the World Championship levels.

Preconditions and Rationale for the Choice of Project Geography

Natural conditions and landscape of the area were determining factors for the construction of the skiing, recreation and tourism center.  The main characteristics: natural hilly terrain at an altitude of 200 m above sea level; moderately continental climatic conditions; the average temperature in January: - 13Со; predominance of easterly winds; the average wind speed in the winter does not exceed 4m/s; summer climate is dry and favorable.

Excerpts from the Research

Considering the foregoing landscape and climatic characteristics and also global warming factor, including the Russian territory, it can be concluded that the relief, the thickness of the snow cover, ratio of frost and frost-free days on the development territory approve the right choice of ski and biathlon center location.

Climatic conditions stability of ski and biathlon center location is unusually high. Ski and biathlon center shows better indicators considering the frosty period lasting and stable snow cover (SSC) in comparison with other ski complexes, where carrying out of competitions are also possible.

Weather and climatic factors are the main problems almost of any ski tracks. Characteristics of development territory, such as the longest winter season (5-6 months), late snow melt (the end of April – the beginning of May) and early formation of snow cover in Autumn (19th-20th of October) demonstrates qualitative advantage of ski and biathlon center «Snow Chief».

Analyzing the competitors, their strong and weak sides, price policy, tracks and room fund allows to make conclusions, which are represented below: