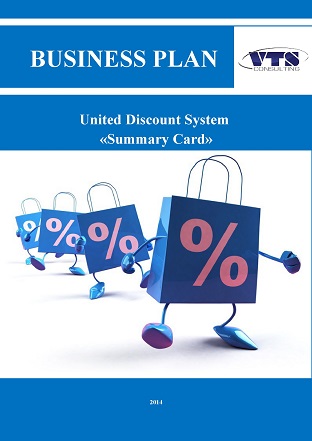 Creation of unique for CIS countries system SumCard, which will allow the goods and services consumers to relocate all discount cards from the wallet, where they occupy a significant place, to the mobile phone.

System SumCard is not expensive and effective mean of advertising as well as replacement of SMS-marketing for business.

Within the project the software is developed; it is possible to download the SumCard application free in App Store and Google Play for the smartphone.

SumCard (Summary Card) is software of new generation for devices, which are based on iOS, Android operating systems and other mobile platforms. For goods and services consumers the SumCard system is an opportunity to forget what the wallet filled with plastic cards is, because from now on all loyalty cards will be in the phone of user; and for business it is the system of efficient and not expensive advertising of goods and services, which is always with a potential client.

Advantages of SumCard for goods and services consumers:

The user must download the mobile application and install it on his terminal to become a participant of SumCard program. Not only mobile phone but any other device based on iOS and Android operating systems can be used as terminal. The downloading of application is available in App Store and Google Play. Users of phones based on other operating platforms could use SumCard via web-browser on their phones soon after the registration on site.

The following paid services will be represented for business and goods and services consumers:

According to the research, ***% of Russian Internet-buyers prefer to pay cash to courier in the moment of delivering; ***% use the Internet-payment and electronic wallets; ***% pay for purchases via bank transfer. Only ***% are ready to use the card to pay for Internet-purchase, ***% – mobile account.

According to the data of Public Opinion Foundation, ***% of Internet users make the Internet payments at least once a month, which amounts to *** mln people. Among the most active part of population (18-45 years old) ***% know about the possibility of making payments via electronic money, ***% use them more often than once in a half of year.  It is less than using of bank cards and offline terminals, but more than using of SMS-payments.